For more than 100 years, Saint James has maintained its academic excellence and we are proud of our Catholic spirituality.

Our school is administered by the Sisters, Servants of the Immaculate Heart of Mary from Immaculata, PA. The Sisters, along with a dedicated faculty and staff enrich the lives of Saint James students every day.

The Saint James Catholic School community is committed to educating the whole child within the Catholic faith tradition by promoting academic excellence and service.  Imbued with the IHM Charism, where Jesus is the center and Mary is the model, we strive to inspire, lead and challenge our students to fully develop their God-given abilities.

It was in 1906 that the Sisters of Perpetual Adoration came to Falls Church and opened an Academy for boys and girls. Theodore Roosevelt was President, Pius X was Pope and Rev. E. M. Tearney was Pastor of Saint James Parish.

The first school was a small rural one, without even a sufficient number of students to occupy two teachers. Tuition was $1 a month. In no time, students from neighboring areas were asking for admission, and the Saint James reputation for excellence was established. By 1919, the Sisters were refusing new admissions to the Academy; there was simply no room!

Because of several factors, the Sisters closed the school and convent in the summer of 1923 and returned to the area of their Motherhouse. In July of 1923, the Sisters, Servants of the Immaculate Heart of Mary came to live in the convent and the school opened in September, 1923 with a group of ninety-two students. The school continued and in order to make ends meet during the Depression, the Sisters took in boarders from Kindergarten to grade eight. The Sisters started the CCD program of religious studies for the students of Saint James and of outlying areas.

The Kindergarten was established as a permanent part of the school in 1949. By 1950, the enrollment in the school rocketed and the Sisters conducted morning and afternoon sessions with sixty or more students in each class. Prior to the addition of the Primary Building in the 1960’s, the school had an additional wing added to the original building in 1950. After the death of Monsignor Heller, a Pastor who had great love and support for both parish and school, a new auditorium was built which bears his name. Saint James School now boasts of the new (Joseph Knecht) gymnasium, a new (Rosemary Burns) library, a new music room, a new art room, two new Resource rooms, a science lab, and a state of the art computer room.

Saint James School was awarded the National Blue Ribbon of Excellence by the United States Department of Education in 1999, 2014, and again in 2020, in recognition of its academic excellence, parental involvement and community support. Saint James Catholic School is a member of the National Catholic Education Association. In order to keep its accreditation status current, Saint James School faculty and staff completed the VCEA Design for Excellence Self-Study. The Visiting Team recommended full accreditation in the spring of 2018. The Principal and Steering Committee will submit the documents for the follow-up procedure, Planning for Excellence.

Saint James students continue to excel in academics, reach out to community needs, support various charities and witness to the Gospel values of peace and justice. In celebrating One Hundred years of service to the community, Saint James School continues to be a model for education and Catholic principles. 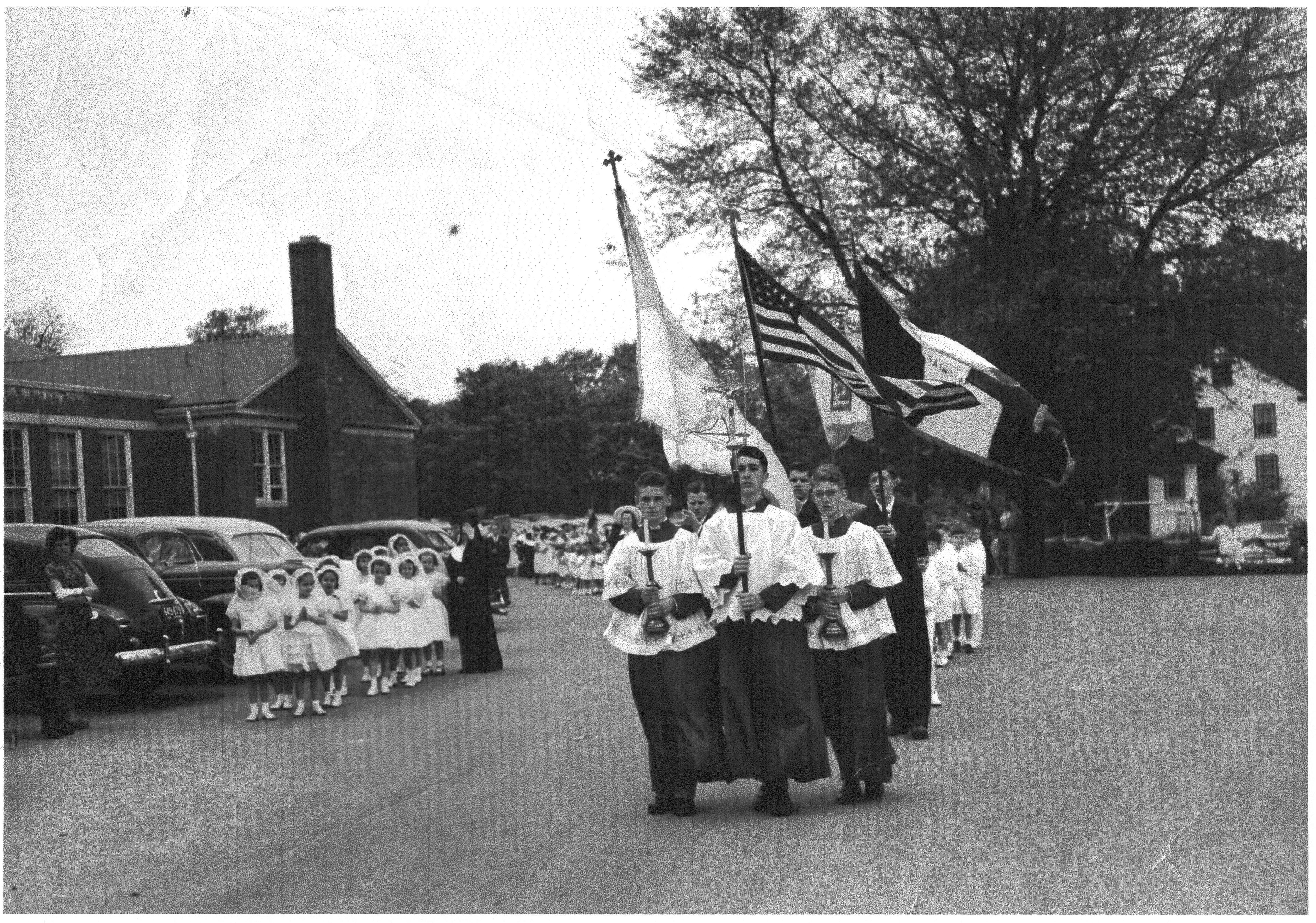